Skip to content
COVID-19 UPDATE: We are open normal business hours. For curbside service, Please call our store when you arrive and we will bring your order to your car.

What’s in Your Milk?

In recent history, there has been a lot of debate on the health benefits of milk, resulting in alternative milks such as soy and almond. However, within the cow’s milk sector, debates center around just a couple of proteins. These proteins are small but mighty, potentially making a huge difference not only in the chemical makeup of your milk but also the nutrition of your milk.

The Complexity of Milk 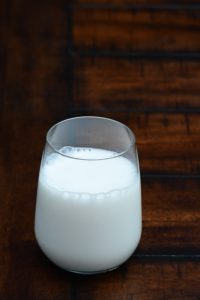 Milk is more complicated than you might think. It is made up of a variety of proteins, that make milk so nutritious. The largest group of proteins is casein. Within the casein group, there are even smaller groups. Beta-casein is the second largest sub-group within the casein group, and where these small and impactful proteins lies. There are at least 13 different types of beta-casein, but the two most important ones are the A1 beta-casein and the A2 beta-casein, each found in different proportions in different breeds of cows.

Currently, many cows produce A1 milk, while every other mammal (including humans) produce A2 milk (milk that does not have the A1 protein in it). Scientists claim that A2 milk is the way milk was originally. Once human intervention and genetic mutations entered the scene, cows began producing the A1 protein in addition to the A2 protein.

Your Health, A2 Milk, and Our Goal

Scientists claim that A2 milk is easier to digest and could decrease inflammation and discomfort. Additionally, A2 does not have BCM-7 which has been linked to a variety of health issues.

To provide the healthiest and most natural milk we can, we are working towards an entire herd of A2 cows. This will provide A2 milk, exclusively, helping to increase the nutrition of the milk, while also still providing the quality product you know and love. The end goal is to have an entire herd that is producing A2 milk in the coming years.